When I started the “Nine reasons” series of posts, I had planned a single Letterman top-ten style “silly” reason. I’d forgotten, however, that the general NetSci audience is a clever bunch, so I was a little bit disappointed (but also impressed) when I posted “Reason 1”, and Mason Porter saw that one coming a mile away. In a comment, he noted

No Letterman-style ‘Top Ten’ list in the traditional reverse order? And one or two of the reasons should be snarky, of course. E.g. ‘Reason number 5: “Three words: Zachary Karate Club” ‘

Beating me to the punch (and with a better joke).

My original silly reason was

Petter and I paid for everything using my mom’s credit card, so we
need your registration money or I’ll be grounded for NetSci 2014.

But I kind of revealed that one in my answer to Mason, so I’ve had to come up with new material.

Here’s what I have so far – the jokes are pretty weak, so please forgive me.

Another good reason to go is that on the first day of a NetSci conference, Laszlo can’t deny any request. (But some day, and that day may never come, he may call upon you to do a service for him. But until that day, consider his justice a gift on the first day of NetSci). 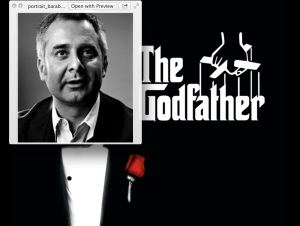 Stay tuned for the remaining two (serious) reasons – and don’t forget to check out the other reasons to visit NetSci 2013.

View all of Sune Lehmann's posts.